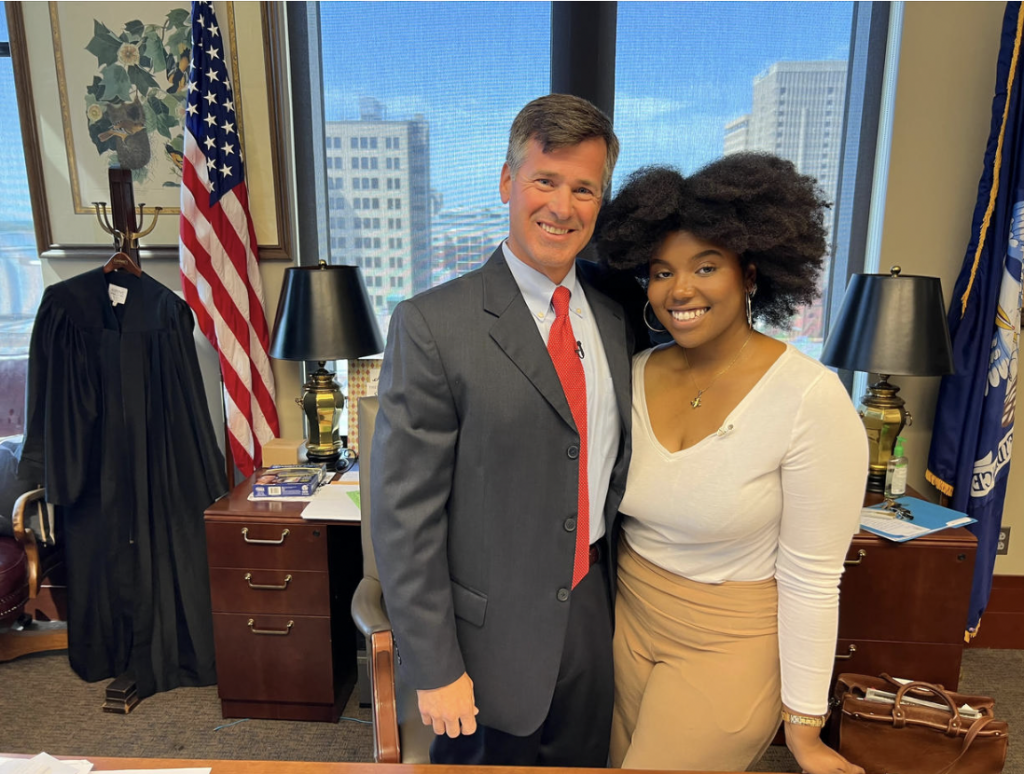 Second chances come to those who embrace the opportunity to walk a different path, to lead a productive life, to rewind their bruised brand.  Meet Gabrielle Petty, the young woman who was put up for adoption shortly after she was born and her mother was sentenced to prison. Falling into the trap of desperation which led to bad decisions, Perry committed financial crimes that led to her arrest.

On the day of sentencing, Perry stood before Judge Beau Higgonbotham. He began to talk to Perry about her life, her dreams, her goals. When Perry expressed her desire to go back to college and earn her degree, Judge Higgonbotham dismissed all 27 felony charges against Perry, and urged her to complete her college education. She promised the judge that she would.

Perry took advantage of the second chance to rewind her brand and rebuild her life. It was a familiar scene.  Her adoptive father had been doing the same for others for years. Thurman Perry gave former inmates a second chance by hiring them for his lawn care business.  “The only people that he hired were the men from the local jail. They were from the prison work-release program. And he never treated them any differently,” Perry told CBS News. “He taught me everything, taught me to be strong, and taught me that I was less than no one.”

Perry attended Louisiana State University on a full scholarship and went on to Tulane University. Although Perry’s father died before he could see her finish school, she did not let her grief slow her down. Perry has earned multiple degrees and now works as an epidemiologist.

After experiencing the cycle of poverty that often engulfs women with an arrest record, Perry created a second chance opportunity for women. The Thurman Perry Foundation, named after her late father, offers scholarships to currently incarcerated women, formerly incarcerated women, and the daughters of anyone who has ever been incarcerated.

“Being able to educate women and girls is not just a nicety,” she said. “It’s a public health measure is a public safety measure. 43% of formerly incarcerated people who have access … to our educational program do not re-offend.”

Perry did not only rewind her brand, she is making it possible for other women to rewind their brand and rebuild their life.